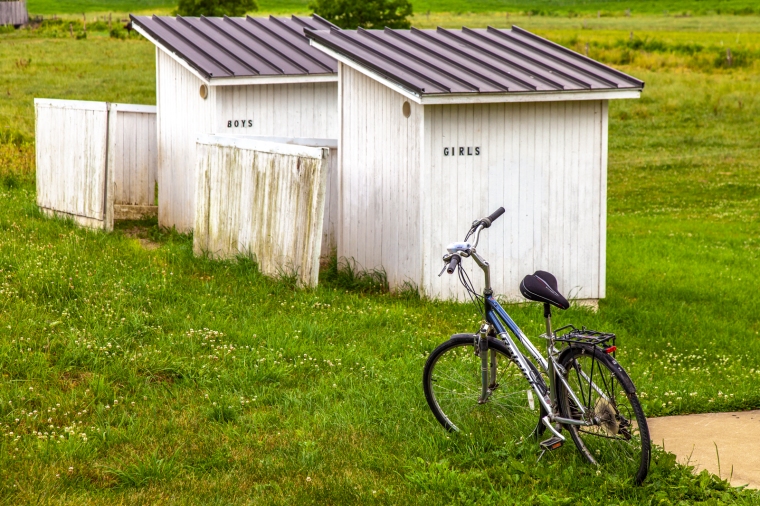 As an aesthetic dimension, proportion expresses the relationship of elements within a frame—to each other and to the whole image. Traditionally, paintings and photographs displayed logical proportion where everything within the frame conformed to observation. The part-whole relations made sense, so little to no interpretation was necessary.

Then in the early ‘20s, Picasso and Salvador Dali among others advanced the “surrealism” movement that used illogical proportions as one of its techniques, for instance, showing a tree that grows out of a table with a pocket-watch the size of a quilt draped over a lone branch. Photographers caught on and adopted the movement, creating a wide variety of subject and image manipulations that were surreal. Here’s one of my own—early-on—atttempts. 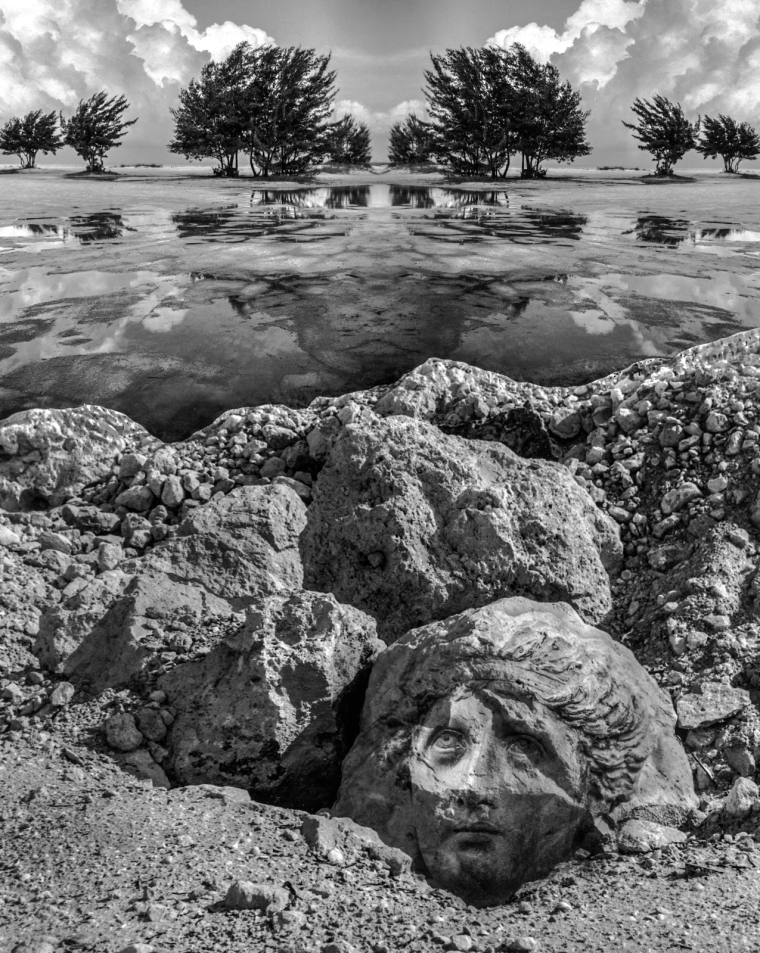 Today, computers with image manipulating software have taken illogical proportions and other effects to a level where anything that can be imagined can be visualized. Under consideration here, is the singular topic of proportion, in particular, logical proportion. If illogical proportion is of interest, the best example I can provide in contemporary photography is the work of Jerry Uelsmann. 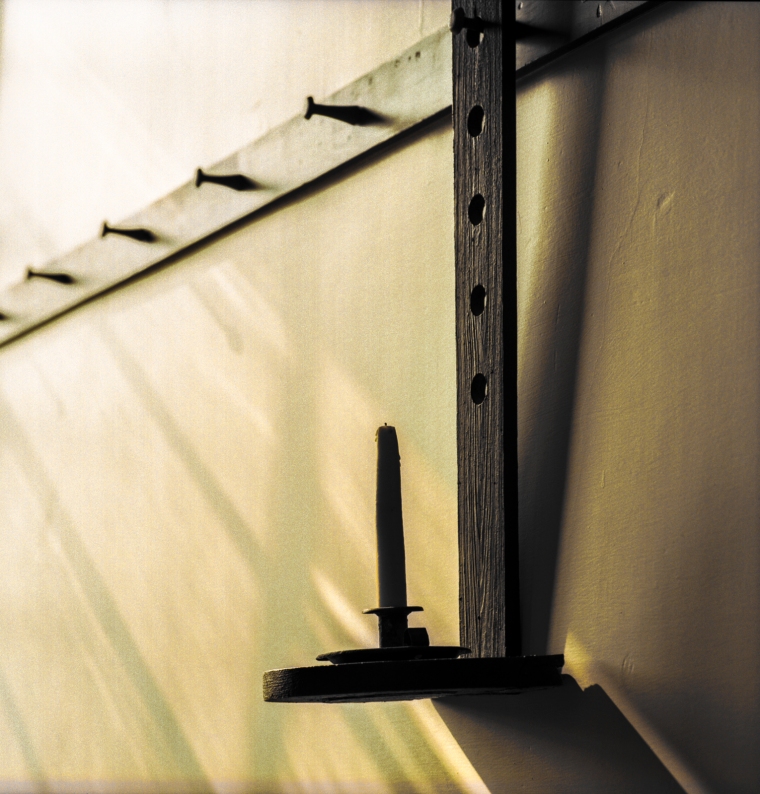 Proportion tells the viewer what’s important. If the purpose of a photograph is to communicate information, the primary subject should be critically sharp and generally occupy the most space. It creates a sense of balance and harmony. 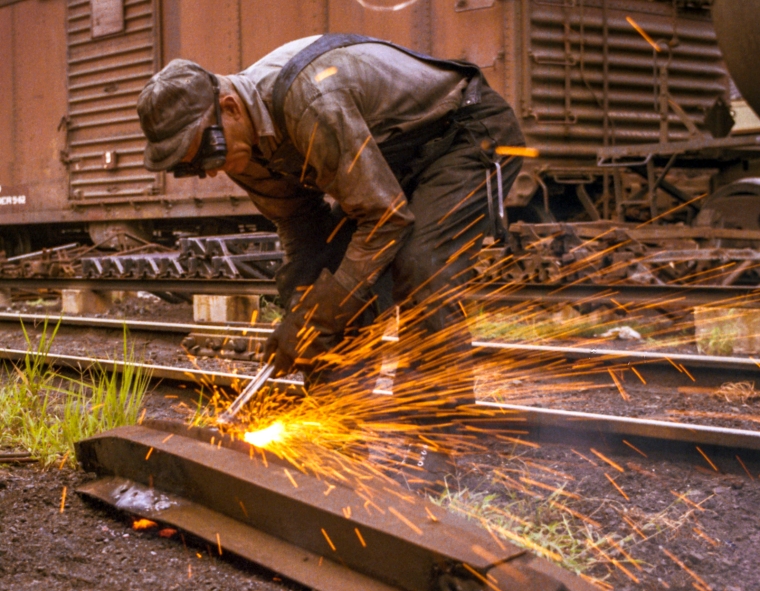 However, if the purpose of a photograph is to express a feeling, the photographer needs to identify the element(s) that contribute to that feeling most vividly and compose the image to make it dominant.

Logical proportion is accomplished by maintaining the real world size relationships within the frame. 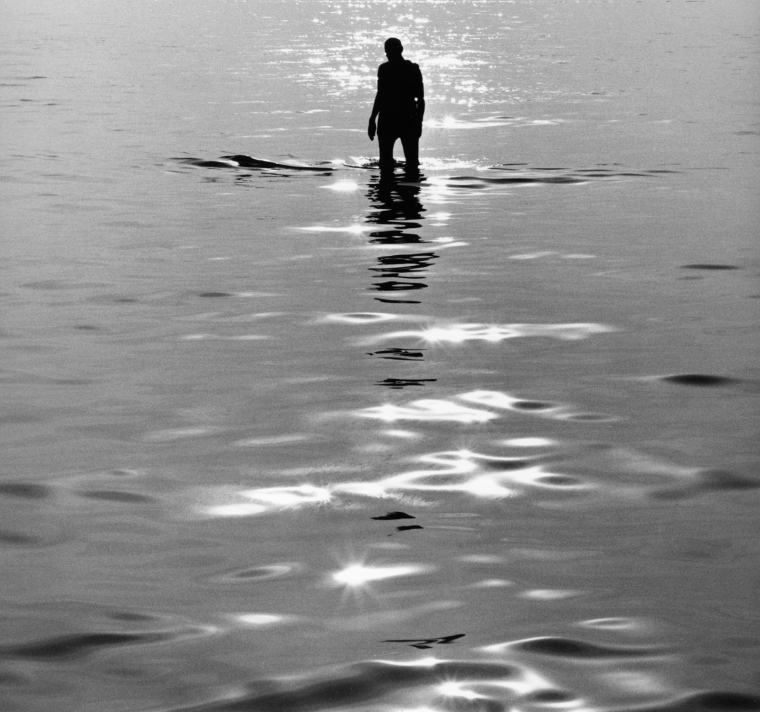 More dramatically, use space as a compositional element and place the dominant subject somewhere within it that breaks the rule of 3rds and “balanced” composition. The dissonance captures and holds the viewer’s attention longer.

In the personal domain, proportionality expresses a relationship between two variables, for instance, right and wrong, true and false, good and evil. In the Catholic church, there’s a “principle of proportionality,” discussed by Thomas Aquinas (Summa Theologica II-II 47:8). Paraphrasing here, it says the moral value of an action is proportionate to the good it will do, over against its negative consequences. It’s this principle that gave rise to the Church’s injunction, “the end doesn’t justify the means.”

To discern the difference between means and end, good acts and their not good consequences, Aquinas recommended prudence among the highest of virtues. Isidore of Seville, a 6th Century saint cited by Aquinas, said, “A prudent man is one who sees as it were from afar, for his sight is keen, and he foresees the event of uncertainties.” I have the quote in my database because it echoes the Native American philosophy of considering the consequences of human action seven generations into the future.

In the social domain, proportion is expressed as the ratio of the difference between two social entities or conditions—for instance, gender, class, race, health, and the economic gaps that are studied by sociologists. My research on this latter situation turned up some eye-opening statistics that I present further on.

Curiously, a psychological study by Shai Davidai and Thomas Gilovich indicated that the public is indifferent to economic inequality because of our distinctly American cultural optimism. “At the core of the American Dream is the belief that anyone who works hard can move up economically regardless of his or her social circumstances… Americans are willing to accept vast financial inequalities as long as they believe that with hard work and determination anyone can prosper and achieve success.” It’s the reason these investigators give for not concerning ourselves personally or politically with the fact that “the United States exhibits wider disparities of wealth between the rich and poor than any other major developed nation.” If you would like to research this topic further I recommend inequality.org.

Historian James Truslow Adams coined the term “The American Dream” in 1931. He said, “It’s that dream of a land in which life should be better and richer and fuller for everyone, with opportunity for each according to ability or achievement. It is a difficult dream for the European upper classes to interpret adequately, and too many of us ourselves have grown weary and mistrustful of it. It is not a dream of motor cars and high wages merely, but a dream of social order in which each man and each woman shall be able to attain to the fullest stature of which they are innately capable, and be recognized by others for what they are, regardless of the fortuitous circumstances of birth or position.”

Today, a Lumen Learning course in sociology defines The American Dream as “the belief that with hard work, courage, and determination, anyone can prosper and achieve success. Their research into class structure indicates that “one’s membership in a particular social class is based on educational and career accomplishments.”

Here are the eye-opening statistics I found:

“Three Men (Bill Gates, Jeff Bezos, Warren Buffett) own as much as the bottom half of Americans.” (Forbes 400 Richest Americans, 2018)

“Over the past three decades, America’s most affluent families have added to their net worth, while those on the bottom have dipped into “negative wealth,” meaning the value of their debts exceeds the value of their assets.” (National Bureau of Economic Research)

“The richest 5% of Americans own two-thirds of the wealth.” (National Bureau of Economic Research)

“Paychecks at the top have spiked while flattening at the bottom.” (Economic Policy Institute)

“High levels of inequality… negatively affect the health of even the affluent, mainly because, researchers contend, inequality reduces social cohesion, a dynamic that leads to more stress, fear, and insecurity for everyone.” (Inequality.org)

“Families that have zero or even “negative” wealth (meaning the value of their debts exceeds the value of their assets) live on the edge, just one minor economic setback away from tragedy. Black and Latino families are much more likely to be in this precarious situation.” (Institute for Policy Studies)

“Men make up an overwhelming majority of top earners across the U.S. economy, even though women now represent almost half of the country’s workforce. Women are scarce at the top and overrepresented at the bottom.” (U.S. Department of Labor and Fortune)

The reason they call it the American Dream is because you have to be asleep to believe it.