We can learn it the easy way or the hard way 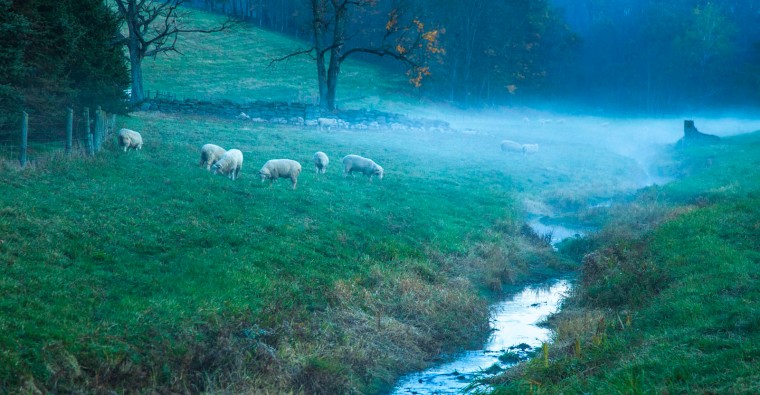 Ecoliteracy involves an understanding of the basic principles of ecology. Understanding is the relatively easy part. The challenging part is living accordingly. Due to the specificity and complexity of this topic, I draw heavily upon The Systems View of Life: A Unifying Vision by Fritjof Capra and Pier Luigi Luisi.

During more than 3 billion years of evolution, the planet’s ecosystems have organized themselves in subtle and complex ways to maximize their sustainability. This wisdom of nature is the essence of ecoliteracy. We can formulate a set of principles of organization that may be identified as basic principles of ecology, and use them as guidelines to build sustainable human communities.

Life processes are cyclical, involving feedback loops, pathways where information and nutrients are continually recycled. For instance, the water cycle and the food “chain.” Being open systems, all organisms within an ecosystem produce wastes, but what is waste for one species is food for another. Communities of organisms have evolved in this way over billions of years, continually using and recycling the same molecules of minerals, water and air. Industrial systems are linear—extract, transform, market, consume and waste. Sustainable patterns of production and consumption would be cyclical, imitating the cyclical processes in nature. In many ways and places, we are moving in that direction.

Sunlight, transformed into chemical energy by the photosynthesis of green plants, is the primary source of energy driving ecosystems. “Solar energy in its many forms—sunlight for solar heating and photovoltaic electricity, wind and hydropower, biomass, etc.—is the only kind of energy that is renewable, economically efficient, and environmentally benign. By disregarding this ecological fact, our political and corporate leaders, again and again, endanger the health and well-being of millions around the world.” Fritjof Capra

“Corporate economists treat not only the air, water, and soil as free commodities but also the delicate web of social relations, which is severely affected by continuing economic expansion. Private profits are being made at public costs in the deterioration of the environment and the general quality of life, and at the expense of future generations. The marketplace simply gives us the wrong information. There is a lack of feedback, and basic ecological literacy tells us that such a system is not sustainable.” Fritjof Capra

“The cyclical exchanges of energy and resources in an ecosystem are sustained by pervasive cooperation. Indeed, ever since the creation of the first nucleated cells over 2 billion years ago, life on Earth has proceeded through ever more intricate arrangements of cooperation and coevolution. Partnership—the tendency to associate, establish links, live inside one another, and cooperate—is one of the hallmarks of life.” Fritjof Capra

Life did not take over the globe by combat, but by networking.

“Economics emphasizes competition, expansion, and domination; ecology emphasizes cooperation, conservation, and partnership… Nature sustains life by creating and nurturing communities. Sustainability is not an individual property but a property of an entire web of relationships. It always involves a whole community… The way to sustain life is to build and nurture community. A sustainable human community interacts with other communities—human and nonhuman—in ways that enable them to live and develop according to their nature.” Fritjof Capra

Within ecosystems, flexibility is a consequence of multiple feedback loops, that can bring the system back into balance whenever there’s a deviation from the norm due to changing conditions. “For example, if an unusually warm summer results in increased growth of algae in a lake, some species of fish feeding on these algae may flourish and breed more, so that their numbers increase and they begin to deplete the algae. Once their major source of food is reduced, the fish will begin to die out. As the fish population drops, the algae will recover and expand again. In this way, the original disturbance generates a fluctuation around a feedback loop, which eventually brings the fish/algae system back into balance.” Fritjof Capra

Each change and response is a “variable.” And the nore variables there are—and kept fluctuating—the more dynamic the system, the greater is its flexibility and the greater its ability to adapt to change. “Loss of flexibility always means loss of health. There’s always the danger that the whole system will collapse when a variable goes beyond certain limits and the system can no longer compensate for it. “The same is true of human communities. Lack of flexibility manifests itself as stress. In particular, stress will occur when one or more variables of the system are pushed to their extreme values, which indicates increased rigidity throughout the system. Temporary stress is an essential aspect of life, but prolonged stress is harmful and destructive to the system. The important realization that managing a social system—a company, a city, or an economy—means finding the optimal values for the system’s variables. If one tries to maximize any single variable instead of optimizing it, this will invariably damage the system as a whole.” Fritjof Capra

Diversity contributes to resiliency. For one thing, diverse species within an ecosystem can, if necessary, overlap functions, even replace one another. If a particular species is destroyed for some reason, breaking the link in a network, “a diverse community will be able to survive and reorganize itself, because other links in the network can at least partially fulfill the function of the destroyed species. In other words, the more complex the network is, the richer is its pattern of interconnections, and the more resilient it will be; and since the complexity of the network is a consequence of its biodiversity, a diverse ecological community is resilient.” Fritjof Capra

The next few decades will be a decisive time for humanity and the planet. We face an unprecedented crisis where, faster than we expected, the ecological system upon which human civilization depends is unraveling with devastating consequences. An exciting and rewarding era of opportunity awaits us if we rise to the challenge of living more sustainably.