Where peace precipitates the power of potential 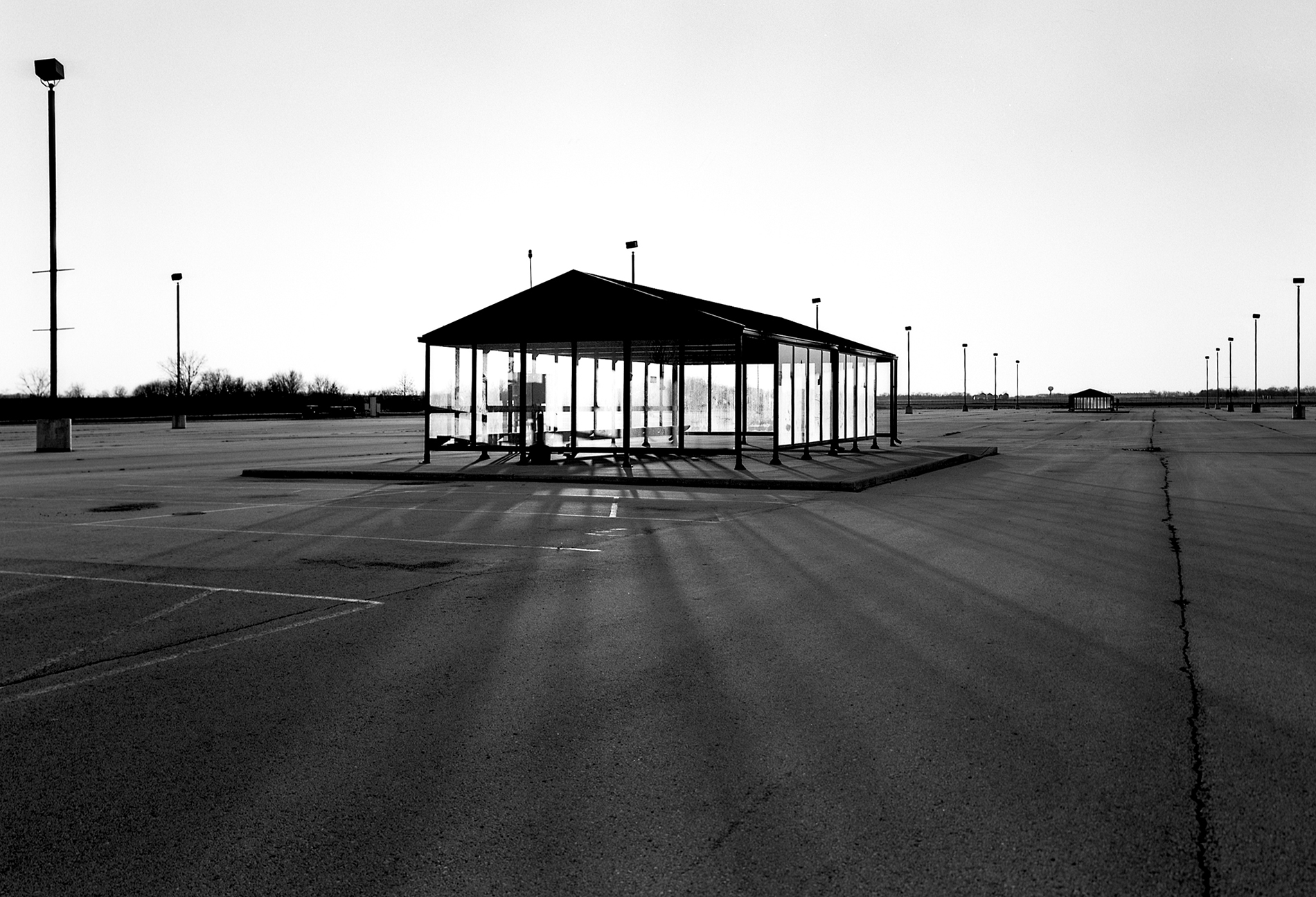 On the evening this photograph was made, the dominant sound in this airport parking lot was birds—a stark contrast to the busyness and clamor of cars, shuttle-busses and conversations that once pervaded it day and night for several years. The difference between the activity then and the serenity I experienced is heightened, I think, because the central structure existed, literally, to provide shelter. Ironically, the emptiness of the space in this image sort of fulfills the site’s purpose aesthetically by conveying the sense of peace.

The emptiness and quiet of the landscape encourages me to reflect upon its elements. Had there been cars, shuttle-busses and people in the photograph, my attention would have been drawn to the human rather than physical aspects of the image. Instead, the simplicity of elements and the long shadows direct my attention to the expanse of asphalt. I think of the forest it must have replaced, the animals and birds that were displaced, the mountains of sand and gravel, oil and paint that were used in its construction. It’s not that I object to this use of natural resources. I don’t. Building is what we humans necessarily do—it’s the activation of energy flowing from the desire to create and grow.

In addition to the raw materials that it took for this landscape and shelter to exist, I appreciate the army of individuals who envisioned, designed, leveled, supplied and built them, including the electricians who wired it for lighting and those who manufactured the glass and aluminum. Having traveled in countries where paved roads and electricity were barely functional, this facility stands as a testament to the power of collaboration.

The emptiness of a space designed to facilitate the movement of lots of people has a haunting quality. Not in a spooky way, but in the sense that purpose here is at rest. Potential. And because everything looks fairly new—no weeds pushing up through the asphalt, no fallen light poles or broken glass—there’s the hope of renewal. (And that hope has recently been realized. Today, this parking lot is back in action serving as an airline hub for a major freight company).

In serenity it’s easier to touch impermanence, ebb and flow, rising and falling, coming and going. It gives rise to the place in us where purpose discovers its most appropriate and creative action, for in the state of potential, all things are possible.

The more tranquil a man becomes, the greater is his success, his influence, his power for good. Calmness of mind is one of the beautiful jewels of wisdom.