There are over 2,500 species of palm in the Arecaceae family of evergreen plants. They’re found throughout the world, in climates as diverse as desert and rainforest where they can grow in the form of shrubs, trees or lianas. The needle palm is so hardy it’s found in Alaska.

Palm trees have two different types of leaves—palmate, which grow in a bunch at the end of a stem, and pinnate that are like feathers growing along the sides of a stem. They can grow up to 197 feet tall, the tallest being the Quindio wax palm, which is Columbia’s national tree. The Mexican fan palm common to Los Angeles and Southern California can grow up to 98 feet tall. Date palms are fast growers and they can reach up to 80 feet. And the Coco De Mer variety is distinctive, having the largest seeds of any plant on Earth—20 inches in diameter and weighing 66 pounds.

The edible fruits of many palms include coconuts, dates, betel nuts and acai fruit. Others, such as the sago, are poisonous to humans and animals. In Mesopotamia 5000 years ago, date palms  provided oil for food and cooking, and wood for construction tools. The Assyrians considered palm trees growing beside a stream the ultimate symbol of eternal life. The Romans used palm branches as a sign of victory, handing them out to champions of games and wars. In Judaism and Christianity, palm branches were mentioned in the Bible dozens of times representing peace and plenty. The same with the Quran. In Asia and Africa, a wine called “kallu” is made from coconut palms, date palms, the Chilean wine palm and other species. 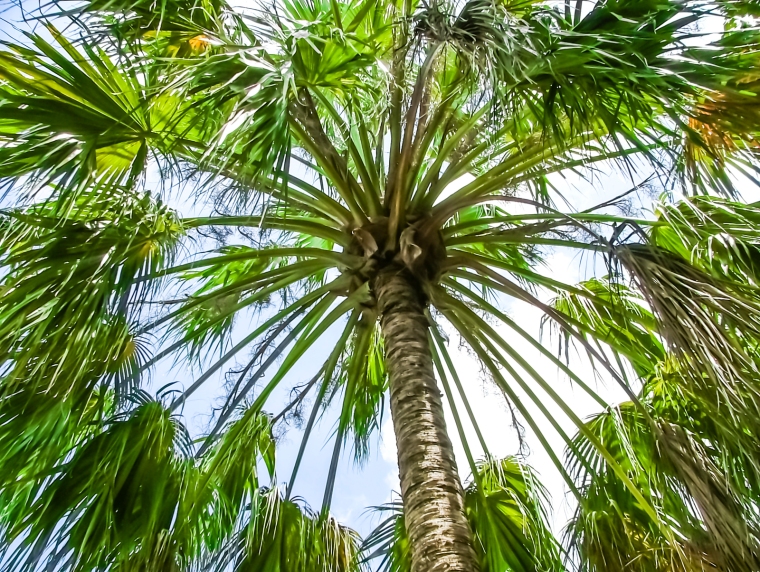 Franciscan missionaries are credited as the first to plant palm trees in California. Some historians cite the 1932 World Olympics in Los Angeles as the reason they were planted along streets, in public parks and other gathering places in the city. It’s estimated that the project—planting 40,000 Mexican fan palms along 150 miles of city streets—employed nearly 400 men during the Great Depression. Ever since, palm trees have become one of the many icons of the City of Angels. 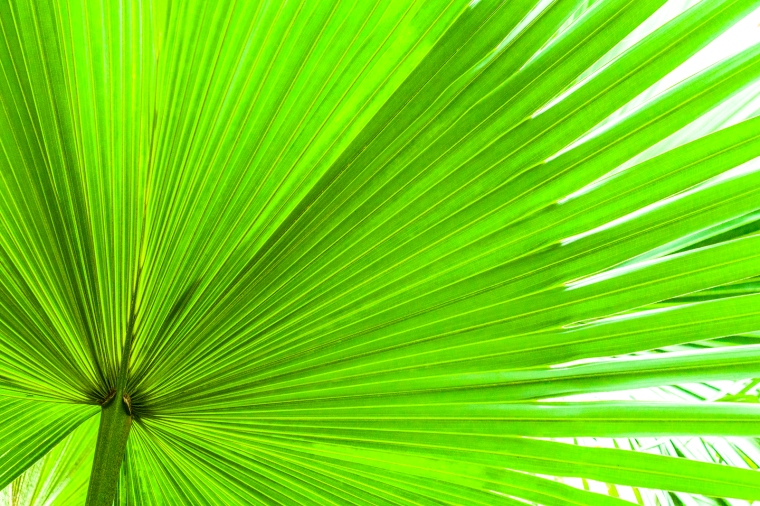 Arguably, the palm tree became a symbol of peace because it weather’s violent storms by bending and not breaking. The lesson in this is that peace—the state of tranquility, harmony, calm and freedom from disturbances and fighting—requires flexibility. In the human context, where “storms” are usually over differences and perceived threats, the challenge is to respect, accommodate and accord diverse people the freedom to express their individuality and values as fellow travelers—souls—on the road to understanding and realizing their reason for being.

Until he extends his circle of compassion to all living beings, man himself will not find peace.

As I watched the crowds of protesters all over the world demanding police accountability resulting from the murder of George Floyd, I noticed in the first place that they were far more diverse racially than in the demonstrations and riots of the ’60s and ’70s. I also noticed, as has been reported, that the overall intention of the protesters is peaceful, while among them are  a few young people, some of them organized, taking advantage of the crowded situation under the dark of night to loot, destroy, set off fireworks and generally inflict mayhem and violence. At the same time, it was encouraging to see demonstrators locking arms to block the looter’s access to stores, to see the offenders being arrested and police officers expressing—through word and action—their sympathy with the protesters.

It was also comforting that the four past-presidents contributed their perspectives on the situation, filling the void of understanding and empathy by speaking directly to people of color.  Especially moving for me was President Obama’s vision for young people.

“I see limitless potential in them (young  people of color) to flourish and thrive, to be able to learn and make mistakes and live a life of joy without having to worry when you walk to the store, go for a jog or driving down the street or looking at some birds in a park.”

Basically, he provided a simple and clear definition of peace that everyone could understand. And then he expressed hope, concluding with an empowering message.

“You have the power to make things better… You’ve communicated a sense of urgency that is as powerful as anything I’ve seen in recent years.”

When we experience acts of crime, abuses or social upheaval  directly or indirectly, the reptilian brain urges a fearful response. It’s where we go first. But we don’t want to live there because fear blocks love, and love is always the best response to everything. And if not love, then compassion for self as well as others, society, humankind and the world. On the one hand, fear demonstrates a deep concern for the safety and security of those closest to us. The natural tendency is to shield our loved ones and that’s appropriate. At the same time, tragedy presents an opportunity to open and uplift the personal environment with expressions of courage—”There are better days ahead” and optimism—”The worst of times brings out the best in us.”

Research tells us that the act of witnessing a crime or any distressful situation triggers a brain response as if these are actually happening. While our first response may be fight or flight, is that the mode of expression we want to perpetuate—and demonstrate to our children? Or would we rather wake ourselves up and use the experience to create a more positive response, one that takes advantage of the teachable moment? Knowing that love blocks fear and creates an inner unbalance that diffuses into the environment, we can return to center by activating and integrating the cerebral cortex (center of reasoning) and the empathetic heart in responses that exude confidence and compassion, thereby creating an atmosphere of peace. One of Dale Carnegie’s life-management slogans was “Act enthusiastically and you’ll be enthusiastic.” It works. And it applies across the board. Act peaceful and you’ll be peaceful.

Peace is a personal choice. By our speech and everyday choices, we have the opportunity to construct a personal reality that’s tranquil and calm, free from disturbances, anxiety and fear. When we feel that circumstances or people around us have ignited a spark that could escalate into a fire, we can step away from the situation (or persons), take a breath and remember that peace of mind is a higher value than being right, better, smarter, wealthier or winning at anything. Moral flexibility in the human realm is largely about accepting differences in other people. When we’re securely rooted in who we are, knowing why we’re here, what we’re uniquely qualified to do and can change how we respond to the storms in life, we can bend like the palm trees and let them blow past. Tomorrow is another day. And we will have demonstrated to our children and loved ones what it takes to live in peace.

If there is to be peace in the world,

There must be peace in the nations.

If there is to be peace in the nations,

There must be peace in the cities.

If there is to be peace in the cities,

There must be peace between neighbors.

If there is to be peace between neighbors,

There must be peace in the home.

If there is to be peace in the home,

There must be peace in the heart.