Soils are “living” systems—a combination of ground minerals and organic matter that began to form in the Cambrian Explosion (550 mya) after a mass extinction of life-forms between the Permian and Triassic geologic periods. Today, soils are to the land what plankton are to the oceans—the bottom or ground of the food chain. On average, it can take hundreds or thousands of years for one centimeter of soil to form. There are more microorganisms in a handful of soil than there are people on earth. And just one teaspoon of soil contains billions of microbes divided among 5,000 different types, thousands of species of fungi, protozoa, nematodes, mites and many more.

According to the Soil Health Institute, “95% of our food is directly or indirectly produced on our soils. In the last 150 years, the world’s soils have lost half of the basic building blocks that make them productive.” The Institute produced Living Soil, a very informative 60-minute documentary about soil health that explains the status of global soils and features what innovative farmers and soil health experts are doing to promote it. Whatever the scale, everyone involved in farming should see this!

The complex soil ecosystem is highly evolved and sophisticated. It processes organic waste into soil. It filters and cleans much of the water we drink and the air we breathe by retaining dust and pathogens. And it plays a large role in how much carbon dioxide is in the atmosphere.

Specifically, soils contain nearly one-third of all living organisms, filter out pollutants from underground water, improve habitats and increase plant nutrient availability and uptake. According to Eric B. Nelson who studies disease ecology at Cornell, “The greater the soil diversity, the fewer diseases that emerge in plants… Insects are deterred by plants that grow in healthy soils.”

Scientists found that more carbon resides in soil than in the atmosphere and all plant life combined. They say that’s where it belongs, not in the atmosphere. Adding carbon to the soil by maintaining or adding trees and plants makes the land much more productive because the living materials capture carbon dioxide from the air and pump it down, through the roots to hungry microorganisms. Known as “carbon sequestration,” the process contributes significantly toward combating climate change. 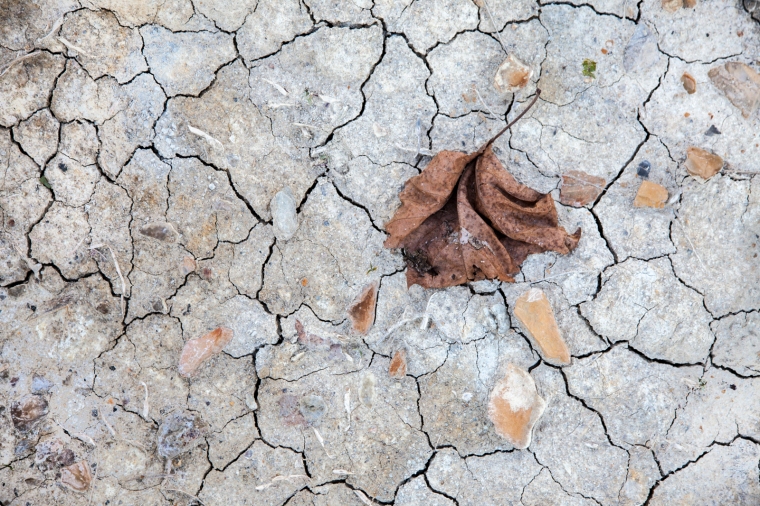 Globally, soils are in trouble. 33% of global soil is moderate to highly degraded through erosion, salinization, compaction, acidification, chemical pollution and nutrient depletion. It’s estimated that 28% of the world’s agricultural land grows crops that are wasted. Excessive and unnecessary tilling breaks up pores of sand, clay, silt and other matter that’s home to bacteria, fungi, microbes and larger creatures like earthworms, releasing these into the air as carbon dioxide. The world’s soils have lost between 50-70% of their original carbon stock, much of which has been released into the atmosphere as carbon dioxide. And soil is being swept and washed away 10 to 40 times faster than it’s being replenished. Add to that, soil “sealing” from the asphalt and concrete of suburban sprawl destroys soil life, as do heavy machinery and pollution. I think about the many commercials that show cars and other vehicles ripping up the soil for the sake of offroad adventure. According to Charles Eisenstein, these and other unsustainable practices will stop when we understand that human well-being is inseparable from the well-being of soil and water.”

Soil, with all of its organic matter, is second to the oceans as the largest carbon repository on the planet. Annual plowing, erosion and other mismanagement releases carbon in the form of carbon dioxide and exacerbates climate change.

Regarding solutions, we can put carbon back in the soil where it belongs by avoiding synthetic chemicals, keeping the soil covered with plants or trees, increasing crop diversity, composting, safeguarding worms, using cover crops, practicing responsible grazing and practicing no-tilling agriculture—not plowing every year; allowing dead vegetation to decompose. Soil scientist, Julia Gaskin at the University of Georgia recommends being patient. “When we are talking about restoring our soil and bringing it to a healthy balance, we need to have some patience and add amendments gradually over time. Our goal should be to get the soil to where we want it to be in a course of three to five years, not instantaneously.”

To learn more about the complex ecosystem services that soil provides and what we can do locally to maintain and enhance it, visit the Global Soil Biodiversity Initiative. 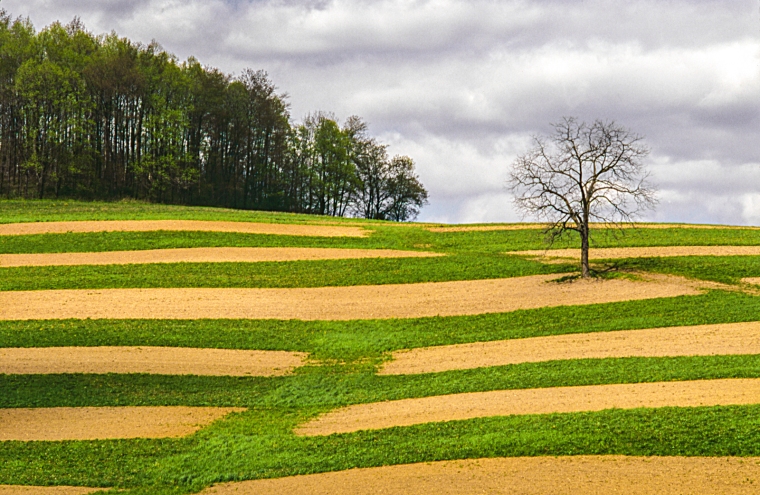 Soil symbolizes the ground, the generative state. We’re grounded physically, mentally and emotionally when we’re comfortable in our bodies, not distracted, scattered, fearful, anxious or dwelling on the past or future. Spiritually, we’re grounded when we’re present and living in the present, centered, operating from a deep understanding of our personal purpose and feeling connected to the Ground of All Being, whatever we perceive that to be.

In practice, we become grounded by tapping into life’s essences and constructing a worldview that’s positive, rich with meaning, uplifting and empowering. Approaches vary, but can include  activities such as contemplation, meditation, being in nature, star-gazing, laughing, creating, empathizing and helping others. Meanings and applications of the words “ground” and “grounding” are many and varied. Here, I offer a few inspirational perspectives.

Awareness is the ground of conscious life, the background or field in which all elements exist, different from thoughts, sensations, or images… Behind your thoughts and images is awareness and that is where you are.

Les Matheson, a business training specialist in New York writes “In order to become grounded, you have to be able to see your self-concept as a limited thing with a kind of falseness to it.” By developing some self-awareness and understanding to see this mechanism as mostly ego-maintenance, he says we can get through it and become grounded by asking “What has universal value?” What’s really important in life? “What comes up are words like love, truth, freedom, justice, friendship, healing, and so forth, things that have an enduring value which goes beyond just concerns about me and my needs and desires.” His bottom line: To become grounded requires that we “Start taking those values seriously—to prioritize them with the understanding that you’re working to embody those values—to become the source and generator of those values.” (Italics are his).

Finding common ground with other people does not mean finding absolute agreement. Common ground is shareable ground whose boundaries are marked by a range of actions that all can live with. You and your neighbor may not vote for the same political candidate, for example, but your shared belief in elections, free speech, and the democratic process is common ground.

Physicist David Bohm famously coined the phrase “Ground Of All Being.” He said “All phenomena emerge from—and continuously participate within—this oceanic field of being. Everything is in dynamic relation with everything else, continuously communicating and collaborating within an immense ocean of consciousness.”

Soil has the transformative power to help us stabilize our changing climate. By capturing greenhouse gas emissions from the atmosphere and storing them underground, through the assistance of living plants and microbes, we improve both the atmosphere and the soil.

We never tear away the earth’s skin… The trees that the white people plant, the mango trees, the coconut trees, the orange trees, and the cashew trees, they do not know how to call the rain. 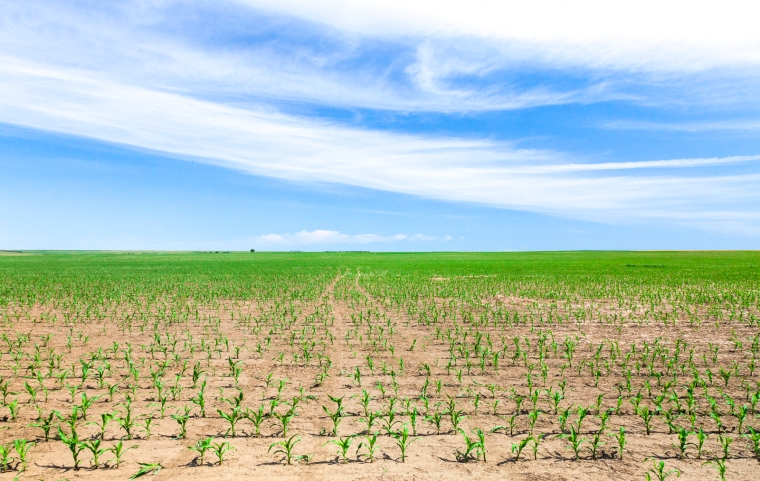 How we treat the soil

is how we treat ourselves.

The more life we put into it,

the more life that can come from it.

The soil doesn’t belong to me,

but is entrusted to my care.

What I do with it, how I treat it,

matters to the world, not just me.

We awake and find ourselves on the Earth,

many of us privileged to be caretakers.

Whether a plot or farm,

whatever we plant and how we plant—

Our little being serves the soil, the Earth,

on behalf of The Ground Of All Being—

A privilege and responsibility.