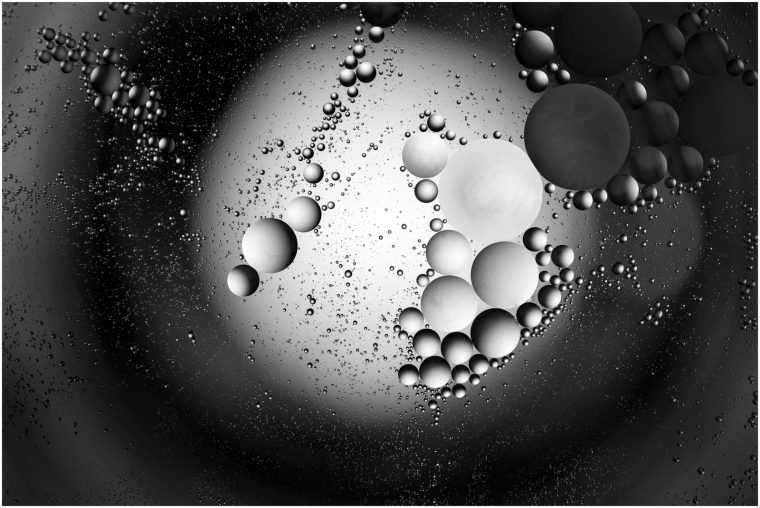 This is the 3rd in a series of postings on whole systems thinking.

A holon is a discrete, living system composed of sub-systems, and is itself a sub-system of larger whole systems—simultaneously a whole and a part. The word isn’t one you’re likely to use or even hear, but because it points to the nestedness of networks, it is one of the cornerstone ideas in systems thinking. An example is the human body, which resides somewhere in the middle between the atoms of its composition and the “world” within which it is a member. In ancient Hindu philosophy, there was a mythological idea of a World Turtle that supports the world on its back, and that turtle was supported by “turtles all the way down.” From the perspective of whole systems, they got it half right—there would also be turtles all the way “up” as well. Fundamentally, to speak of a holon is to reference nested hierarchies, systems within systems, wheels within wheels. Holons are represented in Buddhist mandalas, Russian dolls, fractal geometry and among other things, the universe and the photograph above.

A sampling of holons provides some perspective on their diversity and suggests their application in systems management. Humans and other living creatures are obviously holons, and Nature manages it’s organic systems intrinsically, but not so obvious are higher order systems, those that are managed by human consciousness. These include corporations and businesses, religions and churches, sports and entertainment entities, mass media and medical systems, households, hardware and software manufacturers, farms, educational institutions and more. It also includes natural systems that involve human decision-making including ecosystems, forests, gardens, dams and water processing facilities, cattle ranches and dairy farms, parks, forestry and wildlife management systems. And much more.

So what? Is there any practical benefit to thinking of living systems as holons? Systems thinking is all about relationship. In a nested network, each individual system is dependent upon the functioning of its components. Breakdowns in cell structure or functioning in a body result in dis-integration of the body as a whole. And the successful creation of an initiative—project, business, special interest group, etc.—is determined by the consciousness, competence and responsibility of its constituent human holons. Bottom line: An awareness of systems as holons helps in the design, analysis and management of living systems by helping us to see, appreciate and create functional relations between the members.

It is inappropriate in the extreme, to think of any holon as either inferior or superior to any other holon. Each member, at every level, contributes consciousness, energy and activity to the whole. More to the point, it’s the relationship between functioning holons that determines the condition of the whole. One great basketball player does not make a winning team. It’s the quality of the relationship, the interactions between and among the players that lead to winning. It’s a fundamental principle in systems thinking: “The whole is greater than the sum of its parts.” In The Web of Life, Fritjof Capra used the example: “Sugar is made up of three molecules—oxygen, hydrogen and carbon. Where is the sweetness? The sweetness is in the relationship. It is not a quality in any element of sugar. It is an emergent quality that resides only in the system as a whole.” Anyone who cooks understands this—a satisfying meal is greater than the sum of it parts.

I’m reminded of three innovative and successful corporations that operationalized the holon perspective: 3M, MTV and Proctor & Gamble. They each mastered the art of “semipermeability,” being with their customers and building long-term relationships with them in order to constantly understand their needs before their competitors even know they exist. Rather than leaders directing the development and course of products, they began with the customer. It’s simple, but it requires a shift from a top-down administrative structure to one of bottom-up customer satisfaction. And it requires extra effort: Sit face-to-face with as many customers as possible and ask, “What do you want? What do you like and don’t like?. What, in the area of our product line, would be ideal? What’s “cool” and “not cool? And how much would you pay for it?” And then, “As we develop this product, we want you in on it; we want to know if you like it. If you don’t, we’ll go back to the drawing board. Further, we’re going to reward you with some “perks” in appreciation for your time and feedback.” Thinking holistically is good business.

Contemplating the Social Implications of Holons and Hierarchies

A social holon is any entity that can refer to itself as “we,” a collective. “We the people…” The challenge in any collective is the creation of a structure that benefits both its members and the whole system—society. Always both. Human evolution has largely been a process of trial and error, largely unconscious experiments with a variety of structures including tribes, kingships, peasant societies, monarchies, socialism, communism, capitalism and democracy. And the experiments continue.

As noted above, from a whole systems perspective, the key to managing a nested network so it functions for the good of the whole as well as its members lies in the relationships and quality of interaction between and among its members. Globally, humanity is still in the experimental stage because we have yet to get diverse and distant relationships right. In my opinion, the reason has to do with operating under the false conception that individuals are separate and independent. We come by this assumption naturally. Everyday observation and experience demonstrate that there’s space that separates us, and I make decisions independently from you. Our experience is not of the “flock” or “school,” as it is with birds and fish. I am me; everything and everyone else is not me.

What is not apparent in this calculus—and requires substantial education and experience to realize—is that as a holon, the “I” that is me is legion within a web of interrelated and interacting networks. And while it feels like I think independently, much of what I think about has been culturally prescribed. Systemically, when a strand in the web of life is vibrated, the entire web vibrates. Subtly, but nonetheless. Every action, every decision, ripples influences throughout the web. Although we can behave as units of consciousness without regard to other such units, the compounding of these influences and consequences ultimately manifests as breakdowns in the collective system. The “problem” lies in the areas of belief and perception. Beliefs drive perception and perception drives action. The correction lies in a shift in belief from “We are separate and independent.” To “We are interconnected and interdependent.” All wars and personal tragedies can be viewed as evolution’s way of moving us, individually and collectively, toward the accomplishment of this shift.

Okay, so what does it take to affect that shift? I place my bets in four areas: “responsible parenting,” “whole-person education,” “socially responsible business,.” and “socially responsible media.” Top-down political systems can’t do it. A whole body, including government, grows as a consequence of individual holons relating and interacting in ways that benefit themselves and the more complex holons within which they move and have their being as members.

In the novel I’m working on, the protagonist, a railroad conductor, engages in a conversation with a passenger who says, “The basis of all our problems—we don’t know who we are.” Indeed, most of us are operating as individuals digging for nuggets of gold in the hills, when the greater treasure can be found by becoming friends and collaborators with the other miners. Relationship builds awareness and increased awareness affects a shift in perception, which in turn creates the desire to seek the good of holons up and down the system’s hierarchy of complexity.

Who I am depends on who you are. The world is part of me, just as I am part of it. What happens to the world is in some way happening to me. The state of the cultural climate or political climate affects the condition of the geo-climate. When one thing changes, everything else must change too. The qualities of a self (sentience, agency, purpose, and experience of being) are not confined to humans alone. And the results of our actions will come back to affect ourselves, inescapably.