“Exquisite” happens when parts harmoniously relate to a greater whole 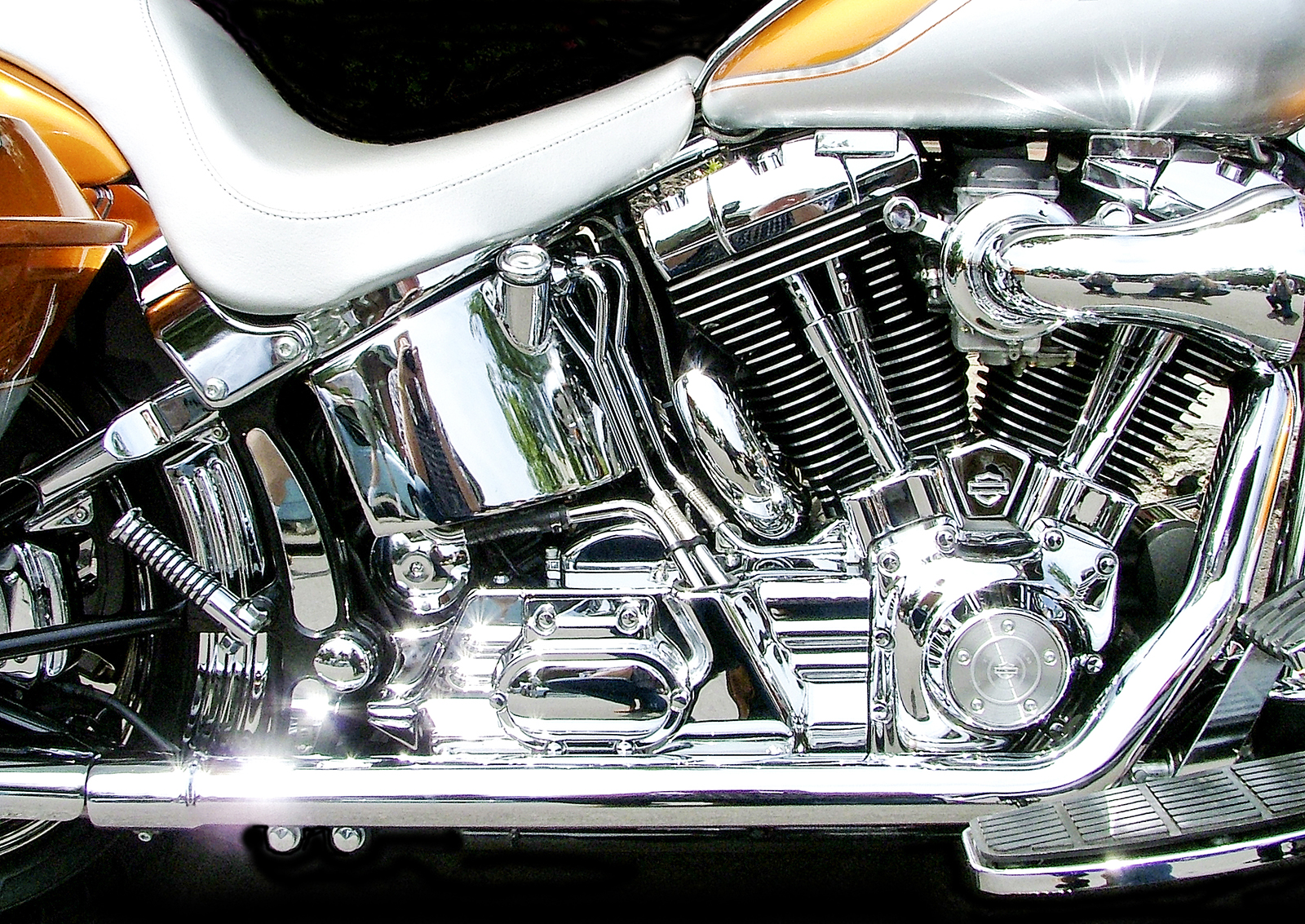 Aside from the beauty of the reflections, the image of this motorcycle urges me toward two lines of contemplation. The first is a deep appreciation for our capacity to extract elements from the earth and shape them into virtually unlimited forms. Size, shape and surface, even strength of materials and temperature tolerances are a few of the variables that designers and engineers can manipulate—which amazes me! My father, who made tools for the Ford Motor Company, often said that he could make anything from metal. When he heard that I was chipping fossils in creek beds with a hammer and screw driver, he surprised me with a professional looking pick and hammer that he made from a single piece of steel. The handle was textured for gripping and the head had a needle point on one end and a flat prong on the other for prying. It was beautiful and it worked.

Having gained the ability to shape the earth into anything we can imagine was certainly a key step in humanity’s ongoing physical and intellectual transformation. By literally having “the whole world in our hands,” the forms we have made, and are continuing to create, are informing us about our values and choices. Do they sustain and build? Or otherwise? This particular form, the motorcycle, peaks my aesthetic nerve. I never owned one, but this image helps me appreciate how so much potential power, visually and literally, can be contained in such a relatively small and beautiful vehicle.

Another line of contemplation derives from the observation that many different forms have been organized into a highly functioning whole. A motorcycle is an excellent example of the often misused term, “synergy,” initially used to describe a system where the whole is greater than the sum of its parts. Indeed, extract any part, no matter how small, and the system will not function as it was designed.

There’s also a lesson in diversity here. If all the parts took the same form or performed the same function, they wouldn’t constitute a whole capable of functioning at all. In both physical and social systems, differentiation and diversity are essential for full functioning. It’s the survival and growth strategy that bacteria learned around two billion years ago. “You bring the costumes. He’ll bring the lights. I’ll bring the music. They can sing and dance and we’ll put on a play!” Every part in a machine, and every member of a society has a role to play.

What is anything but spirit taking form?

I often photograph at classic car shows. I’m not so much interested in a vehicle’s mechanical attributes or performance, although these are sometimes remarkable. What draws me are the impeccable forms and pristine surfaces that are highly reflective. I even dress for these occasions, wearing dark pants, shirt and shoes to avoid or moderate my  reflection. Unfortunately, on the day I made this image, I was wearing a plaid shirt and it shows in the photograph.

Because I go looking for reflections, exquisite light and strong geometries my car images tend to be abstractions rather than whole cars. If you would like to page through a book of these images—and monographs featuring other themes—the title is “Auto Reflections: The Intersection Of Form, Light and Color.”