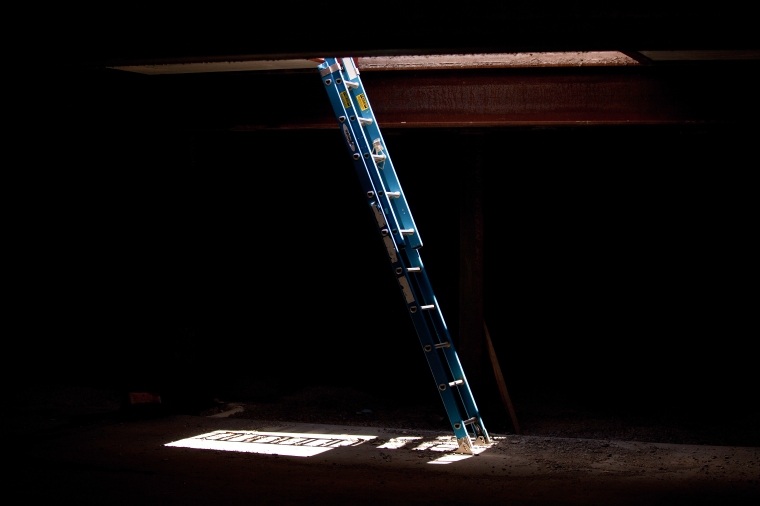 Personally, spiritually, professionally, economically, socially, and politically we’re all climbing ladders toward “success” in these areas. What prompted the selection of this image for contemplation was hearing someone in a television commercial ask, “What do all artists seek?” His answer: “Recognition.” Ugh! I couldn’t let that go.

Did Michelangelo sculpt and paint to be recognized—or for money? What about Vincent Van Gogh or any of the masters of Western and Asian civilizations? Twenty-first century, Western culture is so saturated with materialistic, end-product and celebrity values it’s hard for us to imagine anyone defining success as other than fame and fortune.

Case in point: My wife, Linda, observed that in her English class discussions of forty years ago, her students said what they valued most was “making a contribution.” Ten years ago the consensus was that they wanted to be known. Famous. The latter perspective was echoed in my own teaching.

Since we largely define success for ourselves—consciously or unconsciously, I thought I would share some of the observations on the subject that I collected as quotes. Before presenting them, however, a perspective that I feel is important and missing from the perspectives below is that success for many people is achieved more through process than product, particularly when the activity is aligned with one’s personal purpose, their reason for being here. As noted on the home page, I write and photograph to feed my soul. Anything that may come of it for others is just “icing on the cake” to me. I don’t think I’m alone in this.

To laugh often and much; to win the respect of intelligent people and the affection of children; to earn the appreciation of honest critics and endure the betrayal of false friends; to appreciate beauty, to find the best in others; to leave the world a little better; whether by a healthy child, a garden patch or a redeemed social condition; to know even one life was breathed easier because you have lived. This is the meaning of success.

History has shown that the success of cultures and even of great civilizations is measured by the way they deal with crises; the greater the challenge, the greater the opportunity for positive response. The same is true for individuals.

The key to modern success is human resources. How well you educate, train, and treat people in your society becomes more important than the coal you dig, trees you fell, or rivers you dam.

We now have the technology, the resources and the know-how to make this world a 100% success for every human being on Earth.

The soul of an enterprise bonds it together as one force giving it identity, purpose, direction and a reason for being… Many pooh-pooh the reality and value of soul in the corporate world but it is truly amazing how, given the same business circumstances, some companies do so much better than others. It is not soul that assures success, but it is the presence of soul that unifies the mission to achieve success… Companies with soul never lose sight of one thought – If you are not making history, you are history!

May your holiday season and beyond be filled with joy, love, peace and health. And success. 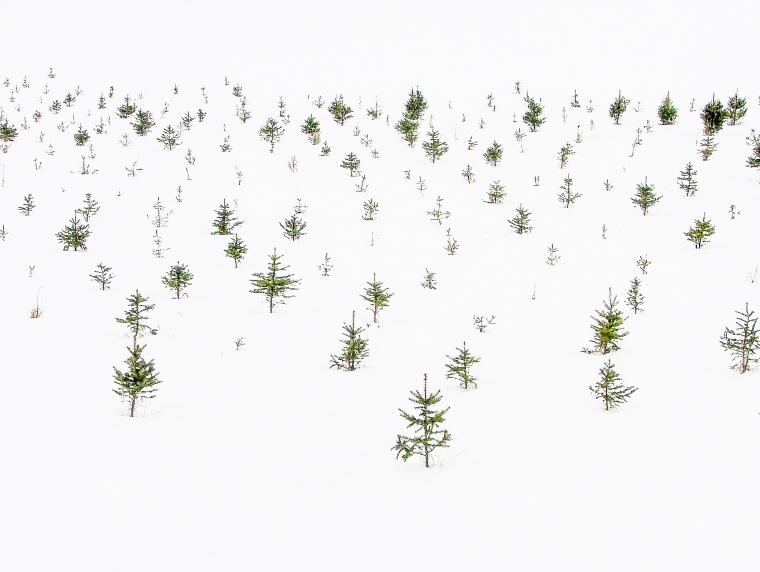 About The Blue Ladder Image

Not much to report. Walking the upper part of High Street in Columbus, Ohio, looking for things to photograph, I came upon a construction site. I saw this, took the shot and moved on. What I take from this is that evocative images don’t always require travel, special equipment or techniques. To quote Henri Cartier Bresson who, when asked the secret of his success as a street photographer, replied “Be there and f8.”