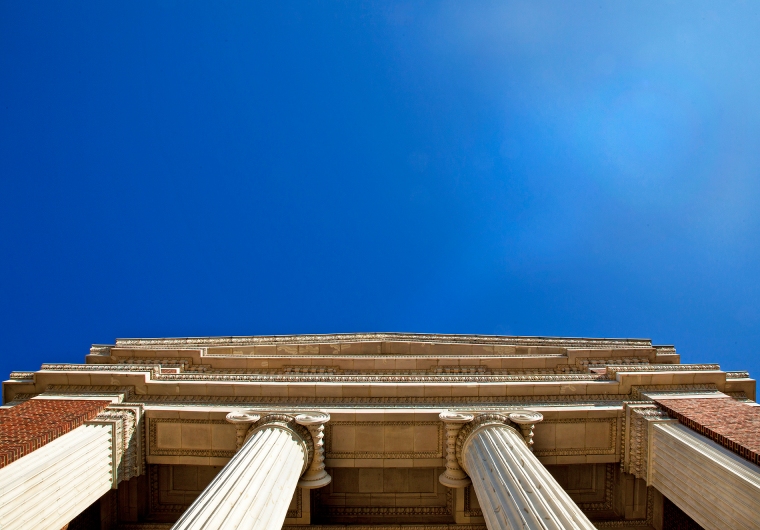 In classical antiquity the study of Liberal Arts consisted of subjects considered essential for a person to take an active part in civic life. Today these include literature, ancient and modern languages, philosophy, ethics, theology, mathematics, fine art, and musicology. These are the “humanities” as opposed to the empirical sciences, professional, and vocational subjects.

I chose this theme because of an article I read entitled Science Is Not Enough: Politicians Trying To Dump Humanities Will Hobble Our Economy. (Scientific American. October, 2016. p. 12) It’s a critique by the editors of a U.S. governor and senator who don’t want to subsidize subjects in the liberal arts. The senator, a candidate in the primary for the presidency, “put it bluntly last year by calling for more welders and fewer philosophers.” I understand that these men wanted want to promote jobs. But in looking so hard at numbers, they overlooked the fact that forests are constituted of diverse and differentiated trees, each with a unique and necessary contribution to the ecosystem.

As I see it, the goal of a Liberal Arts education is to expose students to diverse ideas and cultures and cultivate the ability to analyze, organize and integrate information meaningfully to construct an intelligent life that cultivates sensitivity, awareness, appreciation, wisdom and responsible action in the world. I attended a technical university (Rochester Institute of Technology) and majored in a subject (photography) that had application throughout my professional and teaching careers, but I will forever be grateful that the lion’s share of our required courses were in the humanities. Why? Because they helped me to recognize and realize my fuller potentials and widen my perspective of the world, all of which helped me to become a better person and a more creative photographer, filmmaker, television producer and educator.

The Scientific American editors point out that Steve Jobs “was neither a coder nor a hardware engineer. He stood out among the tech elite because he brought an artistic sensibility to the redesign of clunky mobile phones and desktop computers. Jobs once declared: ‘It’s in Apple’s DNA that technology alone is not enough—that it’s technology married with liberal arts, married with the humanities, that yields us the result that makes our hearts sing.’”

Their select observations make the point that the ideal, well balanced, curriculum would provide liberal arts subjects along with vocational training:

The editors concluded: “The way to encourage high-tech industry to move to Kentucky—or any other state—is not to disparage Voltaire and Camus. Rather the goal should be to build a topflight state educational system and ease the way financially for students from even the most humble backgrounds to attend. The jobs will follow, whether they be in state government or in social media start-ups.”

My teaching experience backs this up. In my Lifestyles and Workplaces in Television and Film classes we visited local television stations, production companies, sound studios and post-production facilities, even the suppliers of high-end production technologies. Often, the owners and managers indicated that, rather than hire someone who has had a lot of production courses, they would prefer that a candidate have a solid background in the liberal arts. Especially, they expressed a need for trustworthy people who could speak and write. Many said they could teach new employees how to operate a camera and edit according to their needs, but they couldn’t teach them to stand on their feet and articulate ideas, put together well-reasoned arguments, write for clarity, or organize thoughts and images that follow a logical flow. Because the electronic media are in the business of selling ideas through images—often within a limited timeframe—owners and managers were looking for candidates that demonstrated honesty, responsibility, intelligence and creativity, beyond the technical skills they can bring to the table.

Socially, I observe recently that we’re experiencing a breakdown in civility and ethics, qualities that hold the fabric of society together. In a world of abundance and media saturation with a widening gap between haves and have-nots, the acquisition of wealth, power and celebrity has become more of a scramble, like a gasping for air. In such a climate the end increasingly justifies the means—no matter the cost to others, the system or the environment. Moral and ethical behavior, including respectful interpersonal communication, seem no longer to be cultivated in many homes. So my appreciation this week goes to parents who are exposing—especially modeling—these virtues at home. And to the workplaces and educational systems that are providing a curriculum that contributes to the development of the whole person.

Since belief determines behavior, doesn’t it make sense that we should be teaching ethical, moral values in every home and in every school in America?

The arts and humanities define who we are as a people. That is their power―to remind us of what we each have to offer, and what we all have in common. To help us understand our history and imagine our future. To give us hope in the moments of struggle and to bring us together when nothing else will.