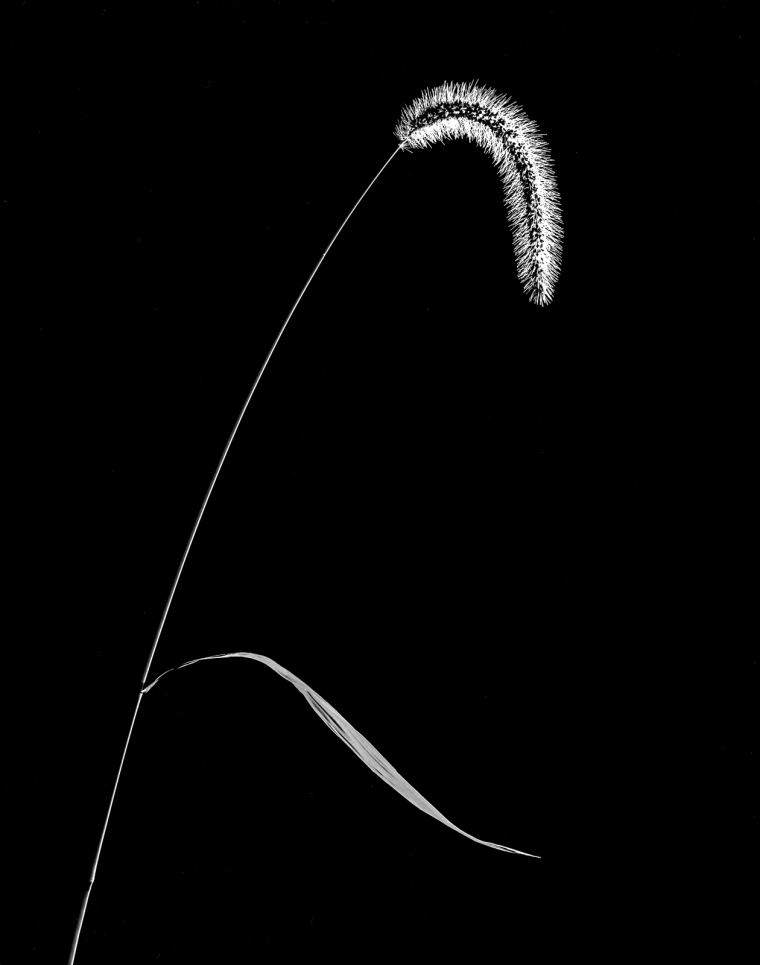 I very much appreciate the structure of jazz music—theme, variations, theme—and sometimes apply that structure to photography. Last week’s posting of variations on a single daylily leaf continues here with variations on a common weed called Bristle Grass. It’s one among the many weeds that are part of my Reverence For Nature’s Geometry project.

I must walk or drive by thousands of these weeds every week. I rarely notice them, didn’t even know their name until I singled one out to photograph. In the midst of a dry period, trying to find subject matter that I hadn’t already photographed, a review of my catalog revealed that I have long been pointing a camera at weeds, plants and flowers. Around that time I came across Ralph Waldo Emerson’s popular quote about a weed being “…a plant whose virtues have not yet been discovered.” That perspective resonated. And I had many images to support it. So I went back to my roots in large format black and white film and initiated the Nature’s Geometry project, in part to focus on individual weeds. In the process, I discovered many of their virtues.

While I most certainly do not want to equate any human group with weeds, I think there is some value in noticing the different ways we respond to individuals and groups—just as I did with weeds. Not being a gardener myself, I ignored them and accepted the common perception that they interfered with my—socially constructed—cultivated—order, both aesthetically and practically. I  understood why gardeners pulled them out by the roots. But when I started to light and photograph individual weeds against a plain background I began to see their virtues. Dealing with them as individuals and looking more closely at them led to genuine appreciation. And that led to an insight about perception and how it influences human behavior.

When we observe or consider human beings in “clumps” it’s easy to ignore, categorize, devalue or otherwise see them as a threat in some way, particularly when they are different from us and our primary reference is their appearance. Extending the perception of individual differences to a group, whether the basis is race, sexual orientation, social function, language, class, political affiliation or culture only serves to create division, which is a pretext for criticism and violence. When attacked, we are compelled to defend our turf, our manner of being and living.

We’ve been seeing in television newscasts that more and more, people become the victims of violence for merely appearing to belong to a group—more accurately, the perception of the group which is a stereotype. I’m not a sociologist and I don’t pretend to know how to deal with complex social problems, but one thing I learned from paying attention to weeds, is that by getting to know them individually I began to see their virtues, which I now extend to the group. Far from seeing them as peripheral or a nuisance, I now look for them. And what I see is strength, complexity, simplicity of function, resilience, persistence, courage and life taking a form that is unique and beautiful. 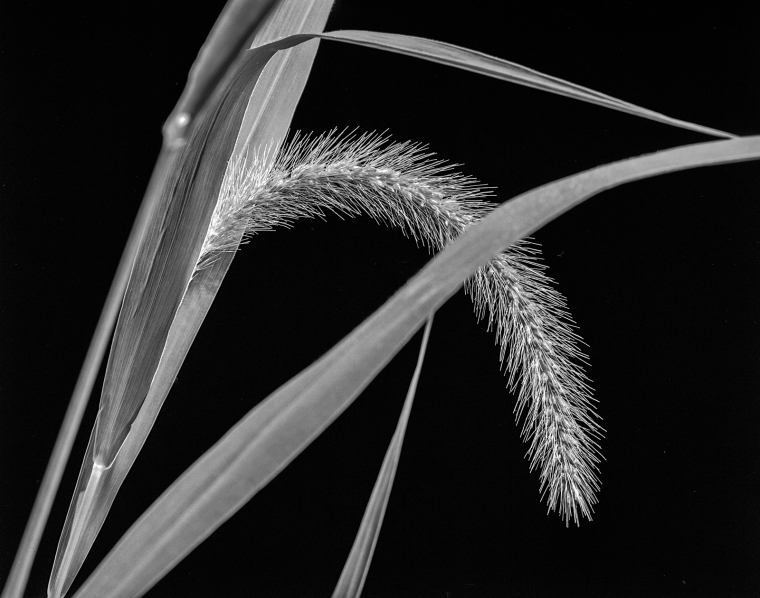 I wonder, might the great American experiment that we generally consider to be democracy, be in fact the mechanism by which we shift our perception from separation and fear to unity and love? Are we Americans walking the path toward accepting others, respecting all human beings as they are and putting into practice—for ourselves and as a workable model for the rest of the world—the deep truth that all men are created equal? If so, the challenge is not to revert back to separation and consolidation, but to engage each other respectfully, face to face, and build harmonious and collaborative relationships—live the truth of equality.

If we are to direct evolution… we have to find an appropriate moral code to guide our choices. It should be a code that… specifies right as being the unfolding of the maximum individual potential joined with the achievement of the greatest social and environmental harmony.

Power rests in the conjunction of what the individual perceives of his own internal being, what he perceives in the world about him, and how he relates these perceptions to establish his relations with other human beings.

We must be whole to see whole. We must in a sense be beautiful to see beautiful.  Art, at its most elevated is not so dependent upon skill as upon virtue. And virtue is preeminent dedication to a life of truth.

I picked the Bristle Grass just a block away from where I live, in a clump of weeds on the back side of a golf course fence. The contrast there is dramatic, between a perfectly quaffed fairway and a tangle of weeds with discarded soda cans and pieces of styrofoam. In the studio, I generally set a specular backlight as the “key” or main source, and fill in the shadows in  front with a soft light. The backlight accentuates the form and the fill provides detail in the shadows, ideally some gradation as well.

The virtue of the camera is not the power it has to transform the photographer into an artist, but the impulse it gives him to keep looking.

One thought on “Finding Virtues”