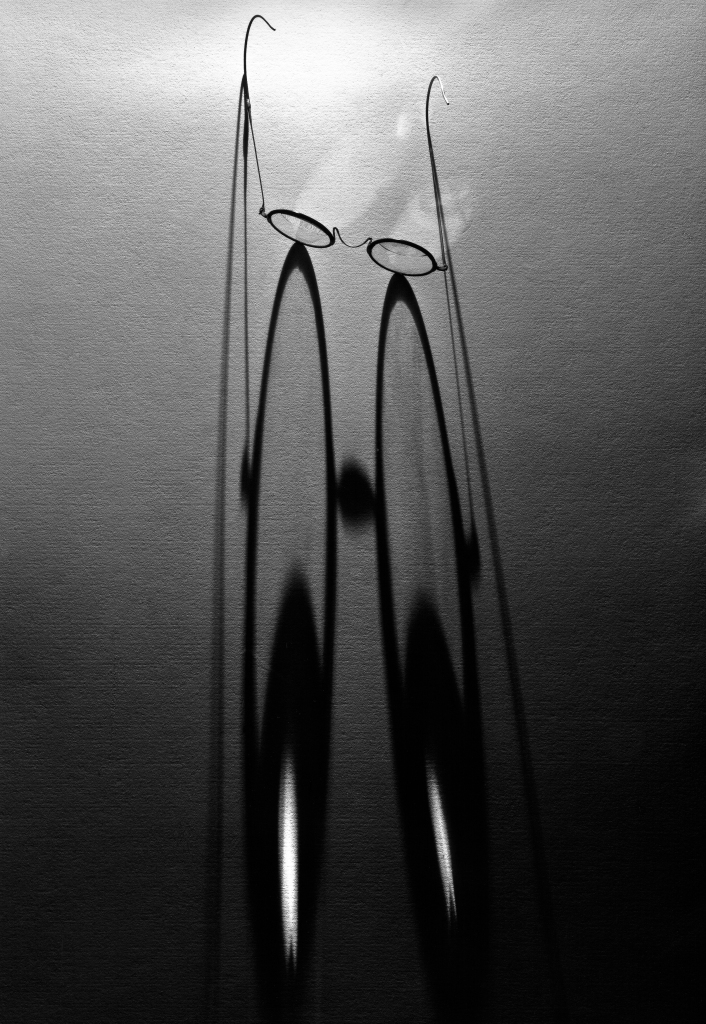 In part, our uniqueness as individual human beings traces to our capacity to perceive, beyond merely seeing. Aldous Huxley famously and rightly observed that “The eyes and the nervous system do the sensing, the mind does the perceiving.” The eyes gather information and the nervous system delivers it to the brain where it is sorted, referenced to memory and interpreted. The object of my reflection here is that everything we sense and know comes down to interpretations based on perceptions. In this light, the mystics and physicists who observe that this world is an illusion makes sense, particularly when we consider that our perceptions—and the acts that follow from them—are determined by the lenses through which we view each other and the world.

Even as we use instruments to learn about objective reality, interpretations relating to it are subject to the “lenses” of our observation—our biological inheritance, family upbringing, peer groups, exposure to physical and social environments, education, affiliations, status, belief systems and accumulated experience. In a sense, each personality is a culture unto its own, uniquely formed and constantly under construction . I am not the person I was ten minutes ago, much less ten years ago because my personal and social lenses are dynamic. Evolving. Recognizing that everyone is seeing through different lenses should urge tolerance and compassion in our interactions, or at least some respect and patience when our perceptions, judgments, preferences or choices differ. Yet across cultures, people are willing to risk everything for the satisfaction of being “right” or being in possession of “the truth” or the “best way” to accomplish something. We will kill and be killed holding onto a perception or belief that derives from it. Is my personal reality so fixed, and am I so dependent upon my perception being accurate that my world would crumble if it proved otherwise?

I can’t imagine. But considering that one of our primary lenses are the stories we’re told—and understanding the power of story, which provides the basis for all religions, cultures and most everything we believe in—I can see how personal realities could become fixed and immutable. I think of the radicalization—brain washing—process. But there’s survival value for the individuals who are open to different points of view and change. Writing of the power of story and storytelling, Jean Houston asserts “Change the story and you change perception; change perception and you change the world.” Given that, the way to win a war or achieve political office is to make a story that affects a change in perception.

In many instances, clashes over differences in perception have more to do with strategy than outcome. Americans generally agree on the fundamental rights and privileges articulated in the Constitution and Bill Of Rights, but we are divided on how to realize them. Some see political power as an opportunity to strengthen the whole of society by empowering the governing body to act on behalf of its citizens. Others, fearing the possibility of overstepping or abusing this power prefer to empower individuals and corporations directly, believing that they can and will take responsibility for themselves. We may want the same outcome, but we see different ways to achieve it.

Differences in perception are often the root cause of conflict. Archaeologist David Freidel defines “culture” as “the shared conception and perception of reality in a society.” In places like the Amazon where nakedness was pervasive, there was no shame in it. Indigenous peoples the world around perceived rocks, mountains and art objects as being alive, while we only attribute life to animated organisms—and the environment is paying the price for that perception. Farmers destroy rainforests in order to feed their families, whereas environmentalists view those forests as the lungs of the planet. A dandelion for one person is an object of beauty; for another it’s a weed.

So what is the truth? Who is right? In one lens better than another? By their acts—consequences—we shall know. Philosophically we can say that, for the most part, each individual’s perception is valid for themselves. It’s their personal reality. But actions have consequences. If the dandelions in my yard are crowding out the grass, I can run the lawn mower over them with impunity. But when I put down poison to kill them, animals and birds can be affected, and that has consequences for the neighborhood. A neighbor of ours had a cat that died from eating another neighbor’s grass treated with weed killer. We say that “Seeing is believing.” Like all good formulas, it works both ways: Believing is seeing. Thus the popular phrases: “We tend to see what we believe,” and “We see what we want to see.” Perceptions are always biased by what we already believe. The “truth” or “rightness” of a belief or perception is and can only be personal, a singular viewpoint.

Perceptions gain credibility by consensus. Lacking objectivity, the best I can do is be respectful of others’ perceptions and try to consider the consequences of my actions. Easier said than done. Arguably the greatest teaching of Jesus was to “love they neighbor.” In this context it amounts to respecting that we’re all together, experiencing different realities, and make room for them, at least in consciousness. In practice, it comes down to having an open mind and making a good faith effort not to judge. Now, when I see the image of these vintage eyeglasses, I will be reminded that we all “wear” unique and ever changing lenses.

Power rests in the conjunction of what the individual perceives of his own internal being. What he perceives in the world about him, and how he relates these perceptions to establish his relations with other human beings.

Linda purchased these glasses at an antique fair. I was intrigued by the shape and the glass, so I set them on a large sheet of artist’s paper and moved a single light around them to see what would happen. I choose a bare bulb because I wanted the shadows to be crisp. The bright highlights in the deep shadow at the bottom of the image were a complete surprise.