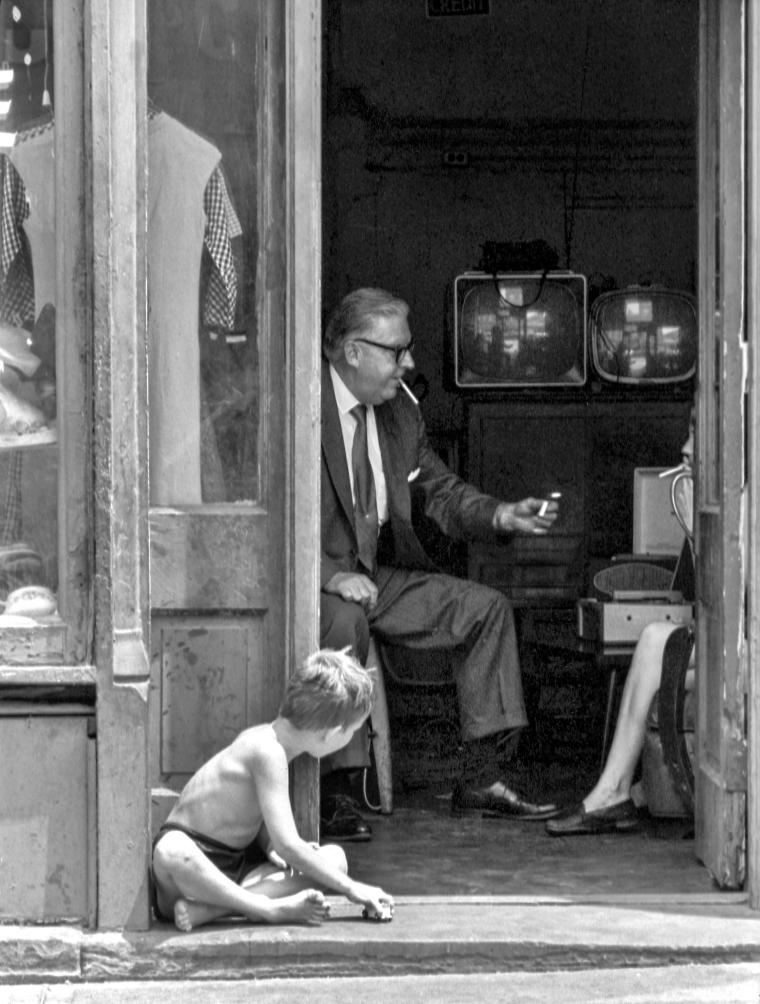 Joseph Chilton Pearce, a respected author on the subject of brain development, wrote that a child’s capacity to operate in the world is determined entirely by the models he experiences in everyday life. He observed that all human intelligences—music, math, art, logic, mechanics, even emotions and intuition—are built into us genetically at birth. As potentials. “Their awakening,” he says, even for adults, “requires stimulus from the external world, from someone who has developed that intelligence to a functional level.”

This was certainly true for me. For you as well? Had I been able to interact with a practicing fine art photographer or motion picture director early on, I could have begun to awaken my visual potentials—and careers—that much sooner. Instead, in my youth, I resorted to the only resources at hand—books and magazines, which were highly inadequate. Learning theory says we learn best from having behavior modeled and reinforced, by seeing someone do what we want to do. And, it cultivates the confidence-building attitude, “If she can do it, so can I.”

Having taught at the university level and managed a television production facility for twenty-six years, one of the most important lessons I learned about teaching was to acknowledge and celebrate a student’s potential when it shows up, and then feed it by providing face-to-face, first-hand experiences in that area. I can’t overestimate the extent to which so many of my students benefitted from visits to television stations, commercial and corporate video and audio production facilities and post-production houses—and the professionals who came to class to speak. In subjecting students to “real” world models and environments, I encouraged them to introduce themselves and build relationships with these people, and many of them gained internships and jobs, even developed careers as a result.

The child in the above image, observing the behavior and possibly hearing the conversation between the adults has momentarily diverted his attention away from the toy car. It’s just a moment. But the triangle of interaction speaks to me of the significance of modeling, particularly for children. It raises the social question: To what are we exposing our children? And it challenges me to address personal questions: Who and where are my models? Where do get my inspiration? What social and media experiences empower me to live more authentically? What are my potentials? Which of them do I want to feed? In the interest of a finite lifetime, am I appropriately prioritizing them? What am I modeling for those with whom I interact? This kind of questioning has undoubtedly helped me discriminate between distraction and purpose.

In part, I choose this image and theme because of the domestic and ideological violence being reported in the news lately. In all these instances I watch and think about the children being exposed to models of dysfunction, young minds whose potentials are being radicalized, neglected or suppressed. I’m reminded of Buckminster Fuller who, after I had produced a program featuring him, took my hands and said, “Keep on doing what you’re doing, young man. We need more of this kind of (constructive) programming.” It was he who wrote that, “You never change things by fighting the existing reality. To change something, build a new model that makes the existing model obsolete.” Indeed, create a new, more functional model.

Children have never been very good at listening to their elders, but they have never failed to imitate them.

On lunch hours when I worked for Brand Studios as a technician in their color lab, I often drove the extensive and old German neighborhood known as Over The Rhine in downtown Cincinnati. No matter the weather, I would keep the car windows down so when I saw a potential shot I could stop and shoot without the interference of glass. For two years, I “cruised” the area looking for interesting faces and situations, shooting with telephoto lens on a 35mm camera. If someone saw me or scowled, I just put the camera down and drove on.

I didn’t have to worry about copyright infringement because I wasn’t shooting for profit or publication, not even for exhibition. Besides, a release form is only needed when the photographer directs the subject in some way.

I remember this particular circumstance like it happened yesterday. I’d stopped at a red light, observed the situation through the passenger-side window and took the shot. The light changed to green, but seeing that there were no cars in back of me I exposed a few more frames. As it happened, the first frame was the best.

Whenever I think about street photography, I’m reminded of Henri Cartier-Bresson being asked by a reporter, What is the secret of your success as a street photographer? He replied, “Be there and f8.” So true, especially when photographing people. You have to BE THERE in order to capture “the precious moment.”

One thought on “Models And Modeling”