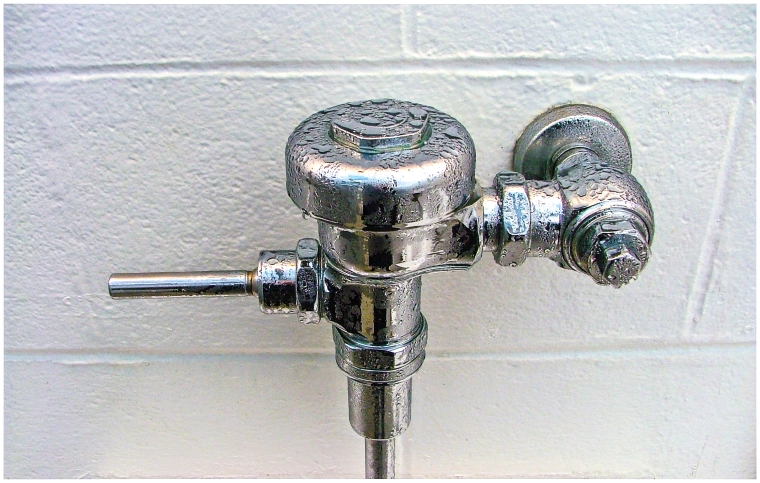 If this object happened to be found by future archaeologists, isolated and with nothing to compare it to, it would signify the existence of a complex and highly advanced civilization—even if its function was not known. The evidence: chromed metal, parts that function together as a whole, intricate design, meticulous manufacturing, a “system” to convey the flow of water complete with fittings, seals and regulators to control that flow—without leaking. Although such an item could well be exhibited as an object of ancient art, the clear indication is that it was functional and mass produced.

Civilization. It’s what can happen when people come together to collaborate, not to serve or support a powerful individual or committee, but to build a social structure that works for everyone. To me, one of the indicators of an advanced society is the extent to which people work together to create and maintain infrastructure, particularly but not solely systems that satisfy basic human needs including abundant and healthy food, clean water, sanitary and safe living conditions, efficient and effective means for managing waste, safe and efficient transportation modalities and electric power.

Social collaboration is difficult and slow to evolve, in part because of the prerequisites. People have to come together and agree. They have to be willing and able to pay taxes. There has to be a trustworthy management team that has both know-how and access to resources. And all of this needs to be coordinated within a structure where, again, the intention is to build a workable and sustainable society.

What prompted my selection of this image for contemplation is that it stands as a symbol of collaboration, in contrast to the symbols of disfunction we see in the media, specifically the symbols of war and poverty that point to the lack of collaboration: guns and other weapons, buildings lacking plumbing, contaminated water, open sewer trenches, shanties and so on. Without becoming maudlin or political, I observe that in many places age-old rivalries, greed and power-grabs are preventing the possibility of collaboration, thereby sustaining conflict and violence in a vicious cycle of pain and retribution. I don’t have a solution. But I do have faith. In the final analysis, human beings want to have the freedom to be more, do more, have more, know more, contribute and experience life more fully. Those who interfere with that, cannot long endure.

It’s going to take collaboration of the whole planet to save the planet.

Something wonderful happens when you take up a camera and start looking for subject matter. You find it! Just as a hunter becomes more sensitive to movement in the forest and a cook the nuances of flavors, the search for images sharpens the eye, enhances perception and activates the aesthetic “muscle.” This is why many folks carry a camera with them wherever they go, a circumstance made easy by smart phones. But just having a camera available is not the same as looking for images that communicate or express.

I went to our local conservatory with the intention of photographing flowers on a day when the temperature was in the single digits. The men’s room is located between the entrance, which is glass and cold, and the interior of this tropical greenhouse, which is warm, so there was a great deal of condensation on this valve. What you see is how I found it. I took the shot and didn’t think much of it, beyond the curiosity of it being attached to a urinal. Until now.

It’s not a great photograph by any stretch of the imagination, but when I gave it more than a cursory glance, it struck me as a symbol of infrastructure and that led to a contemplation of both appreciation for what we have and insight into it’s significance considering what had to happen for this valve to exist and function—collaboration.