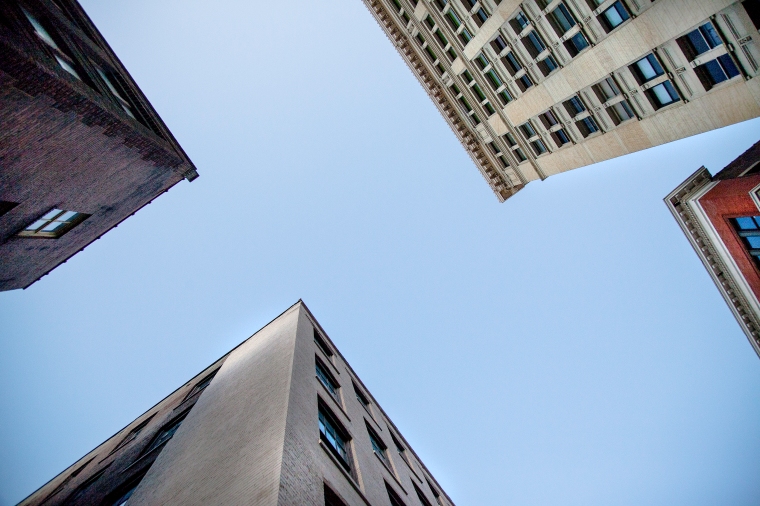 A mind game that has enhanced my appreciation of the universe began when, on a clear day somewhere in the 60s, I sat on a park bench overlooking the Ohio river. Having recently read about optics and laser technology, I pointed an imaginary laser into the sky and wondered how far the beam would travel before it would hit something solid. Practically this doesn’t work because gravity would bend the beam and a black hole would suck it in. (This is a mind game, so I can change the rules).

Irrespective of my position on Earth and no matter where I pointed the laser, there’s so much universe, it would eventually contact something solid. Despite the current estimate that only 5% of the universe consists of solid matter, the picture this painted for me was of a universe that had some solidity to it. It suggested a boundary. But now we now know there isn’t one. (Brian Green, 2005)

Anyway, I played on. Might the laser beam penetrate into another universe or another dimension? Of course none of this can be known for now, so the game ends in questions and speculation. But contemplation is its own reward. Particularly, the act of contemplating immensity generates deep wonder, appreciation and perspective.

According to physicist Brian Greene, “If the entire cosmos were scaled down to the size of earth, the part accessible to us would be much smaller than a grain of sand.” On the one hand, that unfathomable scale and the awesome beauty it evokes can make us, even the Earth, feel insignificant. On the other hand, we experience an inner universe, a subjective and expanding consciousness that’s equally immense and complex.

I play a similar game photographically by pointing my camera up. If I had access to an electron microscope I would probably be looking down as well. The above image is an example. In contemplating this image, I regard the lines of the buildings as vectors that continue as if a laser were positioned along each edge, and project them into space—going, going, going… until it takes me to the beginning. I never stop marveling at the fact that we walk on the surface of this planet, that overhead is unimaginable immensity, there to be observed and explored, day and night, just by looking up. It puts many things in perspective.

If you want to build a ship, don’t drum up people to collect wood and don’t assign them tasks and work, but rather teach them to long for the endless immensity of the sea.

One of my long-term creative challenges has been to make photographs that evoke the sensibility of immensity, of space and the many forces that pervade it. The sky has therefore become a regular subject for me. I often compose landscapes so the elements under the sky are tiny or small, usually secondary.

Because my work is largely oriented toward personal growth and expression, the skies in my photographs are almost never about the sky or clouds or airplane trails. Although these can be present and are what others would say they see, my eye goes beyond to deep space as if the photograph was three-dimensional. That’s why the contemplative approach to photography is so personal. And challenging. While the above image is evocative for me, it’s just a shot of buildings to someone else. That’s why, when we make images for personal reasons, it’s important to use words to help others to not just see what we see or gain some insight into our motivation or process, but to better understand the nature of an aesthetic quest.

I used to tell my students, the world doesn’t need another photograph—of anything. What it does need are individuals who, by engaging in a creative process, exercise and develop the higher human capacities—love, caring, compassion, empathy, appreciation, meaningful connection to name a few—that lift us (and by extension) the world up.

One thought on “Immensity”